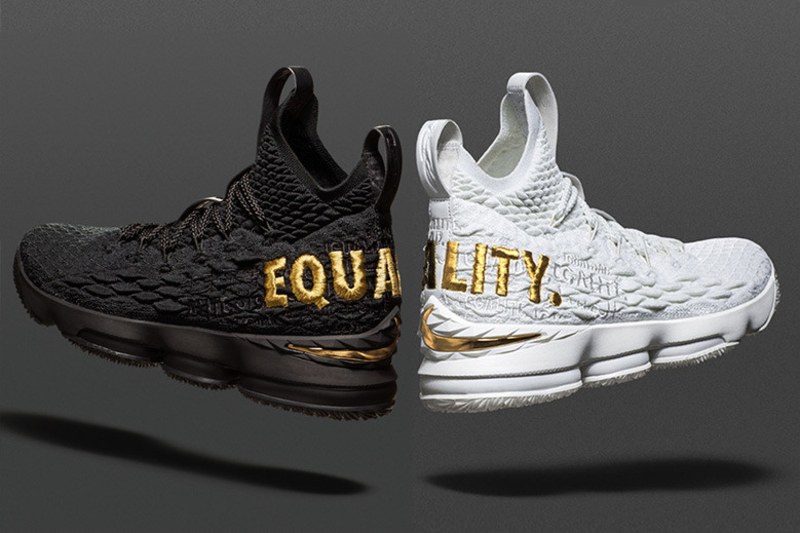 While there’s many things that can be said about LeBron James, one thing that can’t be denied is his incredible athletic ability. Over the years James has also garnered some attention for being one of many athletes to speak out on social issues. Back in August 2017, James also criticized Mr. Trump and defended Golden State Warriors guard Stephen Curry after Mr. Trump said he revoked Curry’s invitation to the White House. James called the president a "bum" on Twitter and reminded his followers that Curry didn’t want to meet with Mr. Trump anyway. Most recently James debuted his "EQUALITY" Nike LeBron James 15’s, in December 2017, during a game against the Washington Wizards.

And while many people in the media didn’t take it well, James isn’t backing down. In fact, now he’s even releasing those signature sneakers with a social message behind them. Nike has began a raffle that will give away 400 pairs of the LeBron 15 "EQUALITY", basketball shoe that was originally only available for James. This basketball shoe from Nike, is being pushed to get the LeBron 15 everywhere, with versions that look like Fruity Pebbles to ones inspired by Nike’s first-ever sneaker.

They’re a huge part of Nike’s large "Equality" campaign that debuted late last year. Like the LeBron 15 styles before it, these versions feature a sock-like design done up in Nike’s new "Battleknit" fabric. They’ve also got both Nike Zoom and Nike Air technology in the sole, making them bouncy enough for a six-foot-eight TALL super human like James and I, being in his 15th year of NBA basketball, James is still dunking on cats like it’s nothing at all. Both pairs, they come in both black and white, and have the word "equality" in gold embroidery on the heel. Whether you plan to hoop in these, wear for style and comfort, or just want to promote a positive message, the King James and Nike has you equipped. 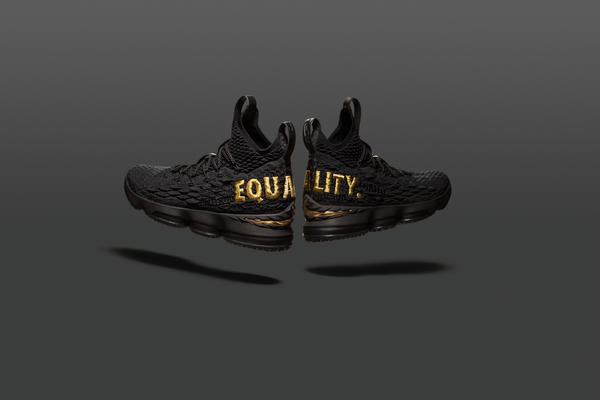 To even further push the "EQUALITY" agenda Nike and LeBron will be donating all entry fees, $10 a each entry, after the first entry to the Smithsonian National Museum of African American History and Culture. By buying a raffle ticket, you’re increasing your chance to get a pair and also making a donation to a worthy cause. Which is rare you get to give back to help a cause when shelling out for top-shelf basketell shoes! I have definitely entered to win my size 15 pair of the "EQUALITY" 15’s!!!