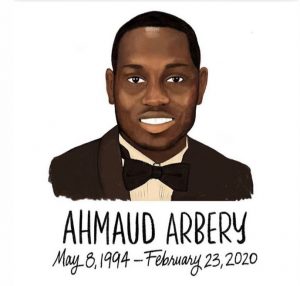 Originally I wrote this post to offer tips on how to stay active during the quarantine. Yet it appears that just a few weeks before the world forever changed and went under lockdown another black man was senselessly murdered for no other reason other than being black. Ahmaud Arbery was hunted down and murdered by a total of three men who claimed he looked like a burglary suspected. Well, it’s recently surfaced that no break-ins or thefts had been reported in the neighborhood he was running in.

Many people saw more than the last moments of Ahmaud Arbery’s life when a video emerged this last week of white men armed with guns confronting the Ahmaud, a struggle with punches thrown, three shots fired and Arbery collapsing dead.

As most of you know, who’s been following my blog or my other social media outlets for some time now, working out is something I enjoy doing on a regular basis. As you all also know the ability to hit the gym has changed in the recent couple of months as well. So having to be creative with outdoor workouts has become a skill that everyone is becoming accustomed too, but as black men, it seems as though now we have to take an extra precaution as we do with almost all of our daily routines. It’s said that in 2020 people are still being murdered because of the color of their skin poses a threat to some people. I encourage everyone to be safe out there during these times. My thoughts and prayers are with the family of Ahmaud Arbery. 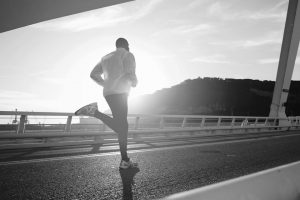 While gyms are starting to open back up soon, it’s going to be tricky on how they intend to keep people 6 feet apart. For the record: we’ve always been able to get outside and go for a run. Depending on where you live, most parks (like in my neighborhood), and stadiums or tracks were also closed for public use, but there weren’t any restrictions in place to prevent solo outdoor exercise.

A few easy steps to take:

Maybe its time you go for a run or a walk depending on your fitness level. But you also have to limit your chances of contracting—or spreading— coronavirus while you’re out there.

3. If bearable wear a mask.

If you’re a beginner in running I strongly suggest you set small goals to start off maybe a run/walk. Next start to slowly build home much distance you a putting in by timing it, maybe run for 60 seconds straight then walk and gradually add more time and a little speed as you are able too. I think the most important key to any type of workout activity that we’ll participate in going forward with our new normal is practicing social distancing and being safe.

These are just a few easy tips that I think can be followed and help to get you off the couch and active! I know I had to break my cycle of Netflix & Eating everything in sight lol!

Ya’ll be safe out there, together we can get through this!!